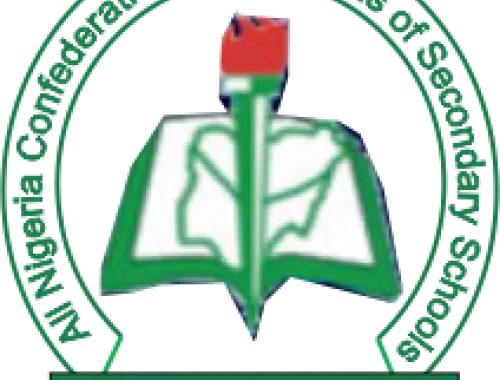 Ekiti News • News from the MDAs

The National President of All Nigeria Conference of Principals of Secondary Schools (ANCOPSS), Mr. Anslem Izuage has commended the free education policy of the Dr. Kayode Fayemi-led Administration in Ekiti State.

The National President of ANCOPSS Mr. Anslem Izuage who spoke through the first Vice President of the Association, Alhaji Umar Ubamgari during a courtesy visit to the Ekiti State Commissioner for Education, Science and Technology, Mr. Foluso Daramola in his office in Ado-Ekiti, the State Capital said the free education policy would ensure that no child was denied the opportunity of going to school to acquire formal education.

While commending the Fayemi-led administration for appointing some of its members as Tutor Generals, ANCOPSS President appealed to the government to give more opportunity to teachers on grade level 16 to be appointed as Tutor Generals.

In his response, the Commissioner for Education Science and Technology, Mr. Foluso Daramola said that Executive Order 001 2018 which declared education free in the state has been of tremendous assistance in increasing student enrollment in public schools. He also stated that the government had reintroduced payment of grants-in-aid to the public schools to ensure smooth running and that a massive renovation of public schools as well as the supply of essential educational materials were ongoing.

Mr. Foluso Daramola disclosed that the State Government had paid for the WAEC fee of over 27,000 candidates in 2018/2019 and 2019/2020 academic sessions while 5000 free JAMB forms were also obtained for candidates who were seeking admission into various tertiary institutions in the country for the same period.

The Education Commissioner also disclosed that plans had reached advanced stage to engage more teachers in the public schools in the state, while continuous capacity development for the existing teachers would also be sustained to keep them abreast of the latest learning and instructional techniques for effective delivery.